Skip to content
View cart “Brio Large Curved Tracks” has been added to your cart.

Availability: Only 4 left in stock

“All aboard!”. The trains are ready to depart from the Action Tunnel Station. When used with the Record & Play Engine (not included), the Station Action Tunnel instructs the train to slow down to a complete stop, flash its lights to signal that it’s arrived and play a station sound to create a playful ambience. Use the Smart Tech Sound app to change the station sound to recognisable stations from around the world – such as Berlin, London or Paris. Now the train has halted, help the passenger onboard the Travel Wagon and begin your BRIO World journey. 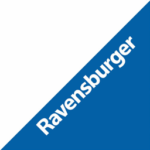